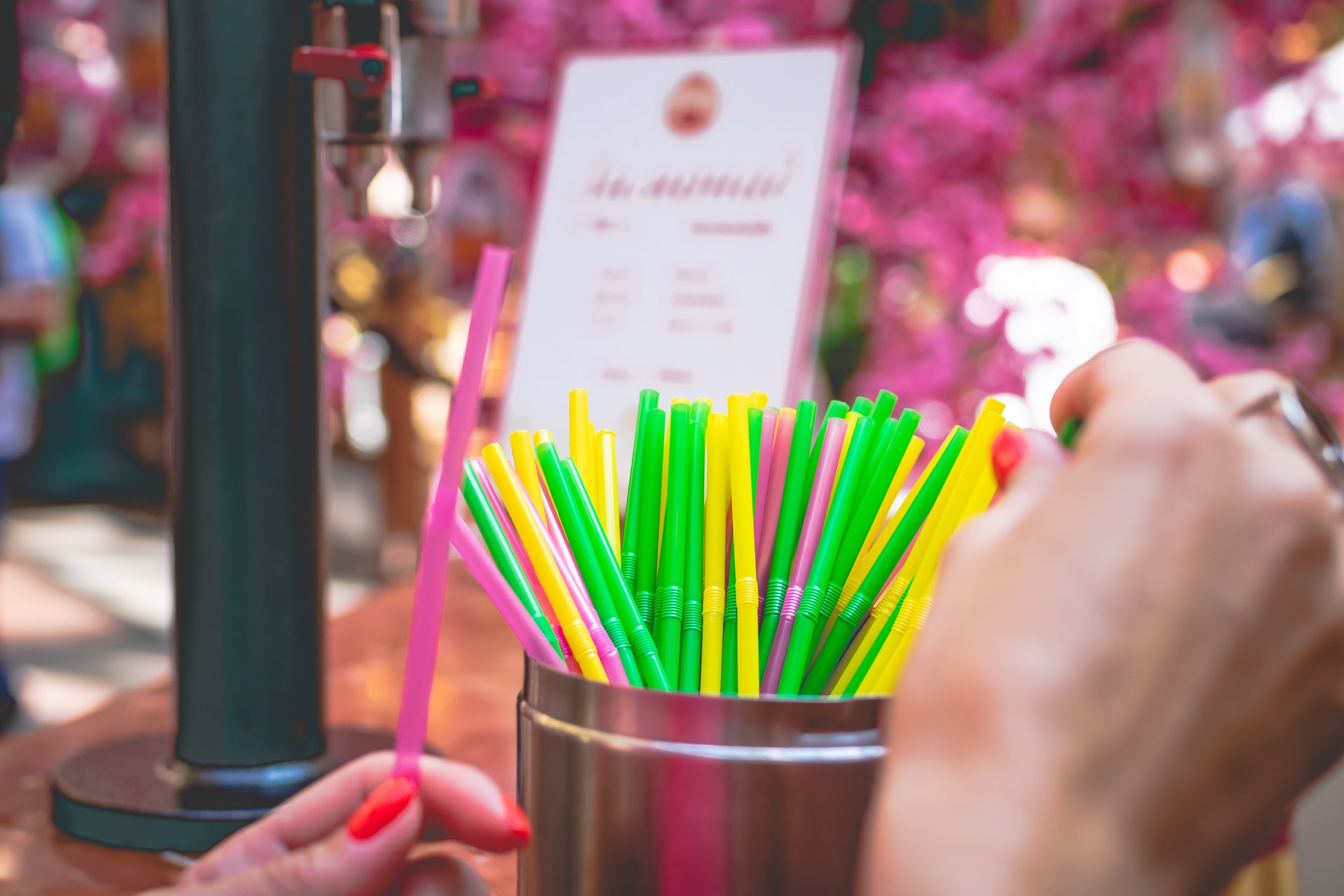 On October 1st, 2020, a ban on plastic drinking straws became official across England, following in the footsteps of the Queen who banned the item from Buckingham Palace in 2018. Six days later the Canadian government announced plans to move forward with a country wide ban on several single use plastic products. The list of banned items unsurprisingly included plastic straws, a product that has become a symbolic shorthand for humans’ plastic addicted culture. Canada and England are just the newest members of a growing, diverse list of cities and countries who have proposed some form of plastic straw restrictions over the last few years, including Rio de Janeiro, Seattle, the state of California, and Seychelles.

Plastic straws were an ever-present item in modern life. Every fast food meal, children’s birthday party, mixed-drink cocktail, there they were, unavoidable. People sipped without a second thought.

According to some estimates, up to 8.3 billion discarded plastic straws are littering the world’s coastlines right now. How did it come to this? The use of straws dates back thousands of years, with metal being the most common material used by various civilizations. In the 1800’s rye grass was used, but shortcomings like becoming soggy quickly and making drinks taste like grass limited its popularity. The next big leap came in 1888 with the invention of the paper straw. But things really changed post WWII: plastic became cheap and easy to produce, which, combined with its durability, made it the perfect material for the new and improved drinking straw. In the coming years as fast food restaurants popped up on every street corner in America, plastic straw usage exploded.

The beginning of the end

It’s difficult to pinpoint one event that led to the shift in perception of plastic straws. In the world of environmentalism, every so often an incident breaks out and captures the mainstream public’s attention.  The Great Pacific Garbage Patch was discovered in 1997, eliciting media headlines. The existence of a giant mass of floating plastic waste twice the size of Texas gave people a tangible way to conceptualize the massive environmental damage of plastic, but we were still 20 years away from the first straw bans.

Humans are experts at tuning out things they don’t want to hear. Being told something again and again rarely makes an impact. But the experience of seeing something with your own eyes can have a profound emotional impact. In 2015 a video was uploaded to YouTube showing the extraction of a plastic straw from the nose of a sea turtle. Over 8 long, agonizing minutes the turtle bleeds and squirms in pain as the straw is pulled out. It’s raw, visceral footage of an animal suffering due to human wastefulness and environmental neglect.

The video went viral with over 40 million views to date. A slowly growing movement had broken into the mainstream, with various activist hashtags like #stopsucking spreading online. Less than three years later the first plastic straw bans were being instituted.

Where we go from here

In 2020, consumers are beginning to understand the environmental cost of single use plastics. Plastic straws became a symbol because, for people who are not living with a physical disability, they are easy to replace with a more sustainable substitute. Many individuals and restaurants are transitioning to paper or metal alternatives. UppWell’s premium reusable stainless steel straws are not only sustainable, they look far more stylish and appealing than their plastic counterparts. While progress is being made, environmentally conscious shoppers need to remember that jettisoning plastic straws is just one small piece of a larger movement that must take place to ensure the survival of our planet.

Everything You Need to Know About Sustainable Wood

So You’ve Decided to Switch to More Sustainable Living

4 Ways to adapt to the Changing Season with Uppwell