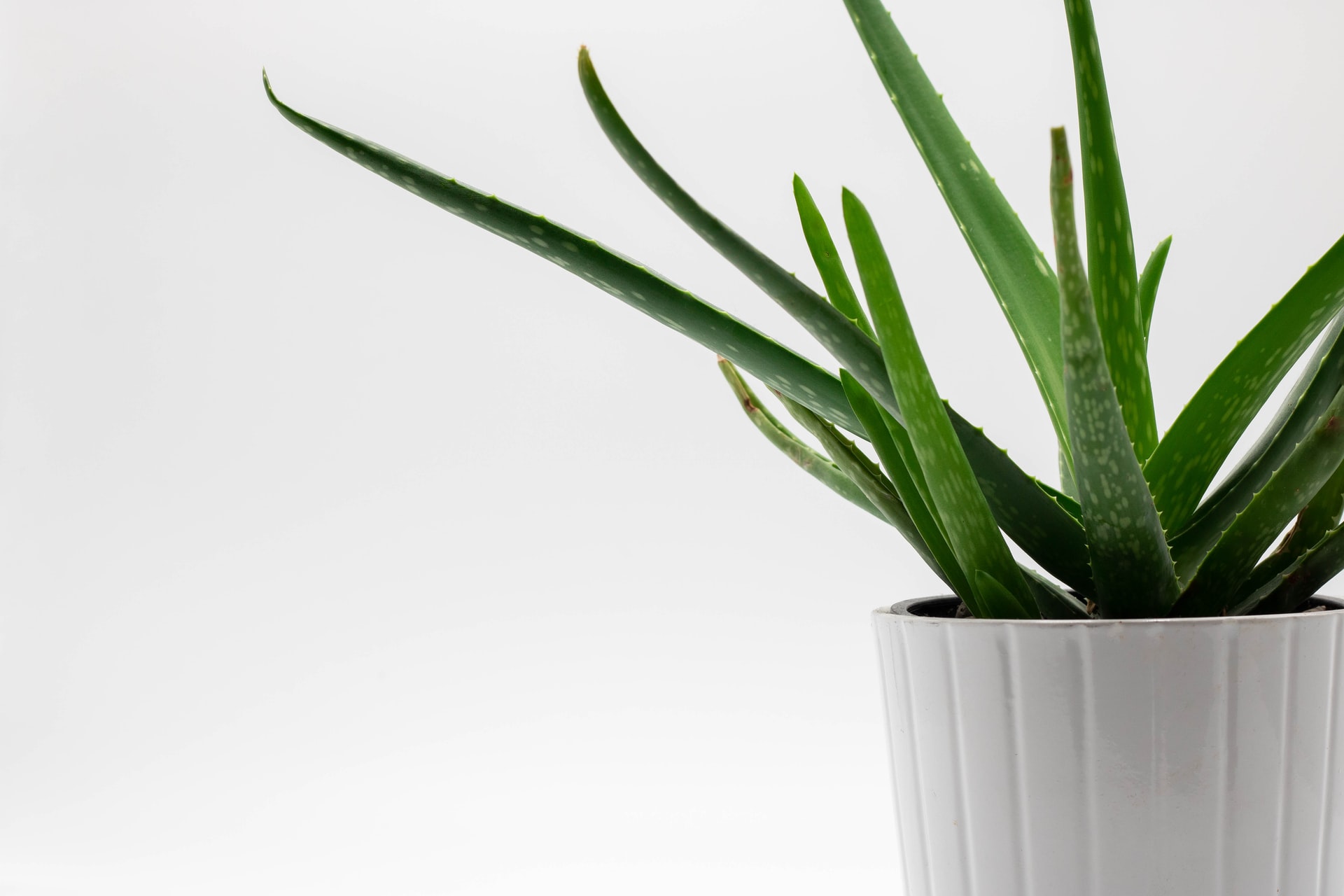 Aloe vera is a plant that we all need in our lives. For thousands of years, it’s been all over the world helping people with countless illnesses and ailments. You could basically consider it nature’s spiky first-aid kit. We’ve all seen it in drugstores as a neon-green goop or as an adorable succulent on our Instagram feed. But these plants go way back. Ancient Egyptians were obsessed with them, and frankly, we should all be. Aloe vera has incredible medicinal properties, both internally and externally. Here are just a few ways that aloe vera benefits you in ways you might not realize.

The exact aloe vera benefits belong to a list both long and old. Botanists have long argued where the aloe vera plant originally spouted. Some say the Arabian peninsula, others say the entire northern parts of Africa. The amount of time which humans have been studying aloe vera and its incredible properties dates back longer than we’ll probably ever realize. The first known recorded evidence of aloe vera giving medicinal aid brings us 6,000 years into the past. Ancient Egyptian texts reveal more than just mummies and gods; they also believed the aloe vera plant was sacred. The people couldn’t help but notice that the plant had incredible abilities in both life and death. Ancient Egyptian rulers Cleopatra and Nofretete used it regularly in their skin and beauty routines. It was also common to embalm a dead body using aloe vera because the plant has naturally anti-bacterial properties. Nearby in Ancient Mesopotamia, the people were using aloe to clean themselves from the inside out. After learning about the plant’s cleansing abilities, the Ancient Mesopotamians believed the plant to be divine. If anyone was thought to be possessed by a demon or a spirit, they were instructed to eat aloe vera in high quantities: only a heavenly plant such as this could exercise the evils within.

Whether or not you believe one of the benefits of aloe vera is exorcising your body’s demons is up to you. But one thing is for sure: the Ancient Mesopotamians were definitely up to something. Research today shows that a tried and true benefit of aloe vera is that it can soothe heartburn and some stomach problems. A 2015 study shows that the medicinal properties in aloe vera juice that helps reduce inflammation can also help in the reduction of stomach acid. This means if you’re experiencing heartburn or indigestion, aloe juice can be quite beneficial. The juice has nutritional advantages as well. It’s full of antioxidants, vitamins, minerals, folic acid, and amino acids. Adding to the list of internal benefits of aloe vera is the ability to reduce constipation. The natural compound aloin (barbaloin) in the plant is a well-known laxative, so drink with caution. A 2018 study also revealed that aloe vera juice also contains polysaccharides, which boost your immune system while lowering intestinal inflammation.

One of the many benefits of the aloe vera plant can be felt as easily as hitting the beach on a warm sunny day. It seems that as soon as May hits, summer and sunburns go hand in hand. Aloe vera is one of the best methods of natural sunburn relief. This great holistic remedy is one of many that dates back thousands of years. One legend even says that Alexander the Great himself was told by Aristotle that the island of Socotra had the best aloe vera to treat soldiers’ wounds. Of course, you don’t have to be an ancient Greek conqueror to get this plant in your life. Nearly all supermarkets, pharmacies, and drugstores will carry some sort of aloe vera gel or lotion as the summer season begins. But if you’d like, aloe vera is also very common to grow in your home. A mature aloe leaf is full of nutrients. Just peel the skin back a bit and you have your own gel to be applied right to your burn. You can feel the aloe vera benefits right away. As soon as the green goop touches your skin, there is an immediate cooling sensation. Remember: when healing a sunburn, you’ll want to apply the aloe directly on top of the inflamed skin.

Sunburns aren’t the only skin problems that aloe can help with. A 2019 study done by the Iranian Journal of Medical Sciences shows that when aloe vera is used to treat first and second-degree burns, recovery time is much quicker. Not only were patients treated with an aloe-based dressing reporting faster recovery times, but they were also reporting less infected wounds, less redness, and less overall swelling. The study even goes deeper, suggesting that post-op surgery patients could use an aloe-based gel or cream as an added way to speed up recovery and decrease pain. Astonished by the results, the team of health professionals went on to test out psoriasis lesions, pressure ulcers, and herpes ulcers. After careful examination of each of the wounds, aloe vera proved to be the best treatment. It turns out, this plant worshipped for its magical and miraculous properties has some great science behind it. A benefit of aloe vera is a carbohydrate called glucomannan and a growth hormone called gibberellin. Put these two together and they’ll make your collagen cells grow fast and strong. We didn’t know exactly what made aloe vera work thousands of years ago, but as our knowledge of science grew, so did our understanding of this great plant.

Collagen-filled products are probably the number one thing people obsessed with right now in their search for everlasting youth. Collagen is a protein made from amino acids: your body naturally produces collagen, but as we grow older, this process slows down. This is one reason why we get wrinkles. Collagen keeps our skin smooth and full of elasticity. Less collagen means the skin has a harder time bouncing back. Because of the antioxidants in aloe vera, it helps your skin create collagen faster. This is good not just for vanity purposes: aloe vera is super hydrating. There are moisturizing properties in aloe that are beneficial for both dry and oily skin, due to how easily and quickly your skin absorbs the moisture. People with both eczema and psoriasis reported great relief by adding aloe-based products in their skincare routines. On the other side of the spectrum, people living with different types of inflammatory acne can also get some relief. As mentioned a few times throughout this article, a recurring benefit of aloe vera is the plant’s natural ability to fight inflammation and different strains of bacteria. While aloe vera hasn’t been proven as a be-all-end-all for acne, it can certainly offer relief for pain and swelling. And because another benefit of aloe vera is producing collagen, it can reduce some types of acne scarring.

The benefits of aloe vera are so long, this article really only begins to scratch the surface. The plant is widely appreciated in Western medicine, holistic healing, traditional Chinese medicine, and Japanese cultural medicine as well. Studies from across the world have shown that the natural anti-inflammatory and anti-bacterial properties in the aloe vera plant benefit minor wounds and burns. It can even purify the air around you. Even on just a day to day basis, having a little bit of aloe in your skincare routine can help your skin look younger and more firm. If it was good enough for Cleopatra, it’s probably good enough for the rest of us.

Staying at Home Sustainably this Winter

5 Tips For Keeping Your Skin Healthy This Summer

Boost Your Work-From-Home Productivity With These Hacks